The Mohite family consists of six members- Hambirrao, an ardent devotee of Lord Hanuman, wife Hema, sons Sameer and Prashant, and daughters Kanchan and Nina. Hambirrao wants the girls to marry such men as won't demand dowry from him. But where to find such men? – for, they are not easily found. Then, will things always be like that? As far as the boys are concerned, Sameer, a failed lover, has taken to the bottle. Prashant, a boxing champion and a devotee of Hanuman, has vowed never to enter wedlock. How to get the sons married? Will things always be like that? No, they do change. Prashant, a 'confirmed bachelor', is bewitched by the beauty of college queen Aboli Deshpande and goes on to marry her. Daughter of a wealthy businessman, she transforms the dull, monotonous existence of the Mohite household into a happy, happening life. But no sooner has Aboli brought a breeze of happiness into the house than enters a storm in the form of Sushila. 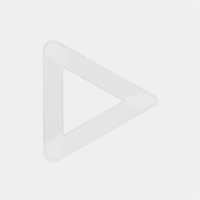 No Yes I want to unsubscribe